Passenger demand will return stronger than ever 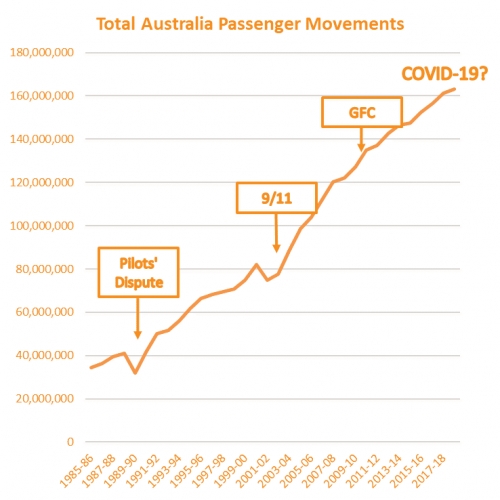 Managing Director Keith Tonkin provides some perspective on the current coronavirus-induced impacts on the aviation industry by exploring the rise and fall of passenger demand following significant events over the past few decades.

The chart shows total passenger movements in Australia for the financial years between 1985-86 and 2018/19 (source BITRE Airport Traffic Data).

The 1989 pilots' dispute was undoubtedly a very impactful event for the industry in Australia. Passenger movements dipped for a couple of years but recovered and continued to increase.

In 2001 the events of 9/11 and the collapse of Ansett saw passenger demand fall significantly then recover and continued to increase.

Then in late 2008 and early 2009 the GFC impacted the global economy. The effect on passenger demand was a minor blip when compared with the pilots' dispute and 9/11.

The mining boom followed closely after that and caused its own problems with airspace and infrastructure capacity constraints at affected airports becoming the norm.

In the last couple of years all we have been hearing about is the pilot shortage as airlines attempt to meet demand, particularly in the Asia Pacific region.

And so to the current events. Undoubtedly we have never experienced such a dramatic and sudden disruption to global demand. Airlines have been forced to respond in ways most probably hadn't considered, and airports, suppliers and support services (including consultants!) are suffering from a significant loss of revenue.

But history tells us that passenger demand will return stronger than ever, and airlines will be worrying about the pilot shortage again soon enough.

With a long-term view, it's clear that the aviation industry has a bright future. 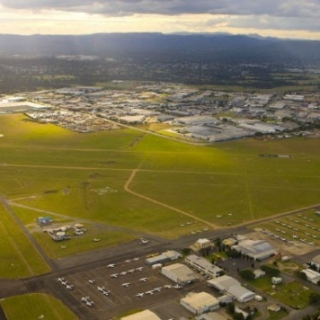