What was the proceeding about?

The applicant, Naroghid Wind Farm Pty Ltd, previously held a planning permit allowing it to develop a 25 turbine wind energy facility (a wind farm) on land to the north-west of Cobden. That permit was issued in 2006 by the Minister for Planning, acting upon recommendation of a planning panel. That permit was not acted upon and had expired.

When the Minister for Planning did not make a decision on the permit application within the statutory timeframe, the applicant lodged an application for review with the Tribunal.

The Minister for Planning subsequently advised the Tribunal that if the application for review had not been made, the Minister’s decision would have been to refuse to grant a permit. This was for two reasons:

The Minister argued that the Tribunal should not grant a permit for the same reasons.

The concerns of the Minister about the impact on safe aviation operations at the Cobden airfield were shared by its owner, the Corangamite Shire Council. The Council also opposed the proposed windfarm on the basis that it will adversely affect the current and future operations of the Cobden airfield in a manner which was inconsistent with relevant planning policies.

Users of the Cobden airfield and local residents in the surrounding area also opposed the proposed windfarm on the basis of what they said would be the impacts on the Cobden airfield. Residents also raised a number of other concerns about noise, shadow flicker, traffic, electromagnetic transmission and visual amenity impacts.

The Tribunal refused to grant a permit for the proposal.

What the Tribunal found (in relation to aviation impacts)

(Extracted from the Tribunal's Reasons for its Decision)

260 If we were to approve the proposal, it would be up to the Cobden airfield to undertake the necessary changes to its operation to address the additional safety risks arising from the proposal. We agree with the Council and the Cobden Aero Club that the measures it would need to adopt to mitigate safety risks arising from the proposal would have a material impact on the current operations of the Cobden airfield. These impacts include cessation of the current night time use of the Cobden Airfield, constraining the way in which pilots can use the existing runways and relocating the existing circuit area away from less sensitive farming land to an area around the Cobden township itself.

261 We consider these impacts of the proposal on the current use of an existing public asset to be a factor which weighs against it. We consider this to be a significant factor given that the Cobden airfield is an asset expressly recognised in the scheme, with policy support for the protection of its ongoing operation and the community benefits that arise from its use.

A full copy of the Decision and Reasons can be accessed here. 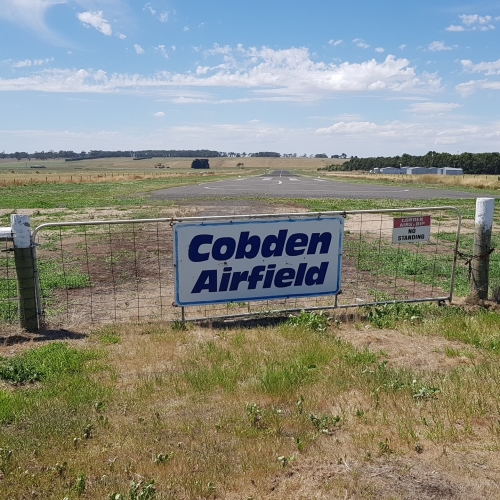