The transition to renewable energy 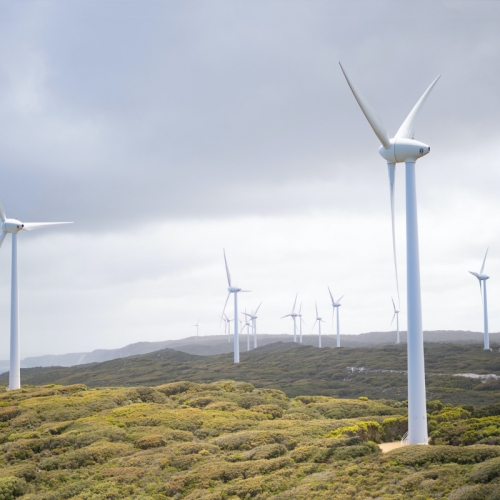 Renewable energy and climate change have been the talk of the nation for years, however, it hasn’t been until recently that we have seen a considerable change in the approach to developing renewable energy generation capacity.

Renewable energy is defined as energy from a source that is not depleted when used (e.g. solar, wind, geothermal, hydro, and some forms of biomass).

In 2020, modelling was released to suggest that if there is a lack of action towards preventing climate change, it will significantly damage Australia’s economy within the decade. According to Deloitte Access Economics, “The policy choices over the next 2-3 years are the choices that will shape the next 10-20”.

In 2021, according to the Australian Energy Statistics, 24% of all energy used came from a renewable energy source – this is an increase from 21% in 2019. However, this isn’t enough to support Australia in moving towards net-zero carbon emission targets.

Energy as a whole is essential to economic growth worldwide and is closely attributed to perceived living standards. Currently, the majority of all electricity, heating and cooling and transportation are powered through the combustion of fossil fuels such as coal, however, could easily be powered by renewable energy if there was sufficient supply.

In late 2021, the Commonwealth Government Department of Industry, Science, Energy and Resources published an update to Australia’s emission projections, showing wind and solar energy emerging as Australia’s dominant source of electricity by 2025, with an expected surge to 69% by 2030.

The projections from the Commonwealth Government are based on an average from across all the states, however, the individual state statistics showcase a very different story. Tasmania and South Australia are expecting to be almost 100% renewably powered by 2025, while the other states will take another 5-15 years to achieve this same target.

What does this mean for the aviation, airports and aerodromes industry?

Here are a few key trends we have noticed:

While a lot of these trends have progressed over time, the most notable increase was in the number of requests for aviation impact assessments and risk assessments associated with new and proposed wind and solar farms and other built environment projects. This increase is expected to be just the beginning, with more and more developers and investors interested in renewable energy projects.

Alongside this, airports are taking up an interest in these types of projects as electricity is an essential aspect of airport operation and is one of the major business operating costs. Investigating the use of renewable energy at airports has a variety of benefits, including the reduction of carbon emissions and the airport’s environmental footprint.

In fact, according to the International Renewable Energy Agency, wind and solar renewable energy prices are expected to decrease by approximately 59% due to an increase in supply by 2025. This in turn will decrease operating costs for the airports which prioritise an upgrade to being powered by renewable energy sources.

Aviation Projects' responsiveness, expert knowledge, attention to detail, rigorous technical analysis and professional approach to its work contributed to the ability of North Queensland Airports, and in particular, Mackay Airport Pty Ltd, to achieve its strategic intent. As a result, Aviation Projects has become a trusted advisor to the NQA group of companies.